Accurately identifying safe herbs of high quality is a critical element of our role as a dispensary. On this page we will outline what we do to ensure our herbs are safe for your patients and also give you a few examples of some of the more intriguing identification methods, quality indicators, regional preferences and harvesting techniques we have come across over the years. 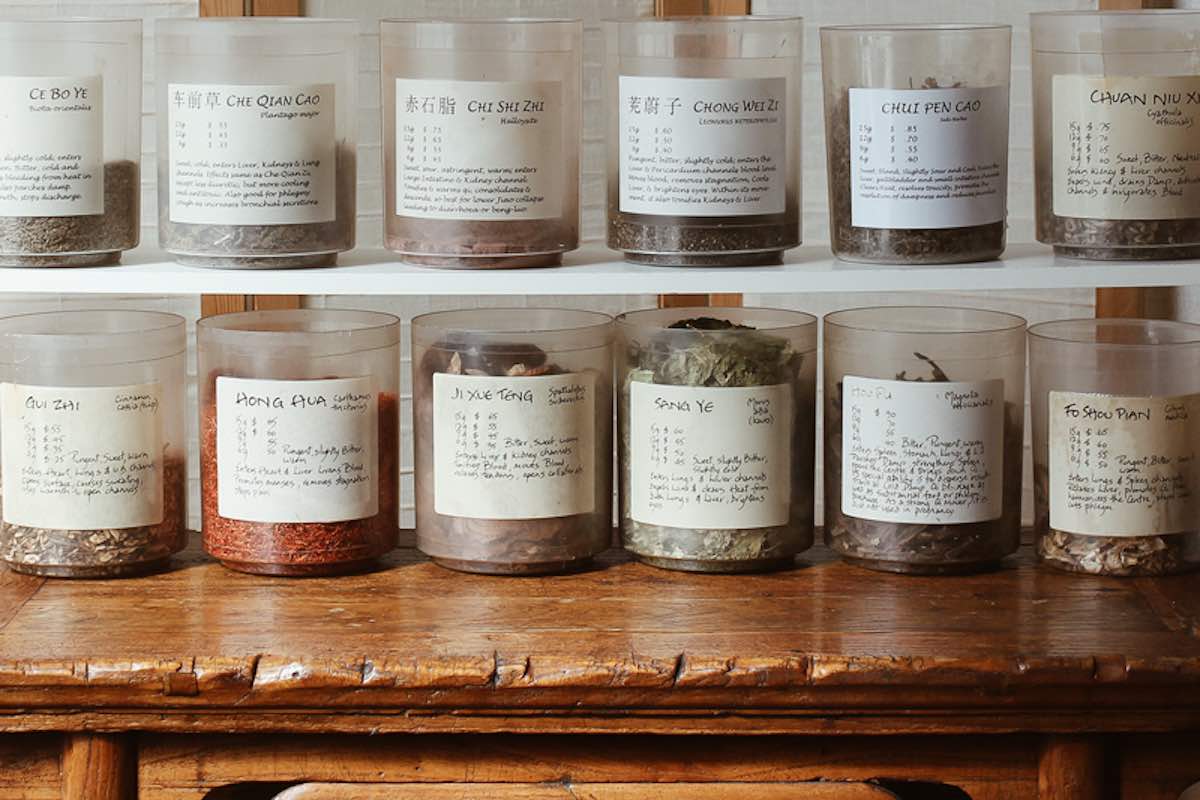 At the Herb Grove we know that patient safety is a practitioners number one priority. That’s why we have worked hard with our suppliers to ensure that the herbs we dispense are as safe as they can be.

So what are we doing?

Keeping on top of the latest research ensures that we source our herbs appropriately. There are a number of good articles worth reading which define the problem in depth. This one by Eric Brand is a good place to start.
While heavy metals are present in some raw herbs on the market, studies such as this have recently shown that very little or no heavy metal content is actually transferred into the decocted liquid. Thus while grinding herbs into a powder can expose the consumer to elevated levels of heavy metals, decoctions made with safe tested herbs pose little to no risk when consumed.

The Intricacies of Sourcing Herbs

The stories behind various herbs are as interesting as they are useful. Here we will provide a few examples of some of the more intriguing identification techniques, quality indicators, regional preferences and harvesting techniques. A fully comprehensive reference of preferred regions and indications of quality for each herb can be found in the Chinese Herbal Medicine: Materia Medica 3rd edition by Bensky et al. We hope you find this to be helpful, and fascinating! If you would like specific information on a particular herb in our dispensary then please email us on contact@theherbgrove.com.au.

While it is not essential to understand Mandarin when practising Chinese medicine, it can often give you an insight into certain herbs and the reason why they have been named in a particular way. In the case of Tu Su Zi, ‘tù sī’ sounds like the words ‘spitting silk’ (吐丝). What is interesting is that this relates to a unique phenomenon, one that allows you to verify the correctness of the herb. When boiled in water, Tu Su Zi will expel silky filaments alike to that of a silkworm, giving it the nickname ‘spitting silk seeds’. Currently, we only dispense the ‘cake’ (饼 bǐng) version, which requires boiling down the seeds until they burst, preparing and shaping them into cakes and slicing into blocks. This process enhances the herb’s tonifying effect.

The idea of the overlap between origin and quality is so ingrained in Chinese herbal medicine that there is a Chinese phrase, Dào dì yào cái (地道药材): “the best herbs from the correct region” which means exactly that. In certain cases the nomenclature of a herb will relate directly to its province of origin or alternatively a herb may be prescribed by it’s regional name in order to indicate a desire for the highest quality, even though the practitioner knows it is actually grown much more widely. Dipsacus is a good example. Sichuan, due to its climate, topography, rainfall and soil quality was widely acknowledged to grow the best quality Dipsacus. Therefore while its standard pinyin name is Xu Duan, most prescribers and many classical texts will use the term ‘Chuan Duan’ (川断)–meaning the Dipsacus from Sichuan–to indicate their desire for the highest quality variant. However, while the name Chuan Duan is still commonly used, it has recently become evident that the Dipsacus from Hubei is of a superior quality to that grown in Sichuan. Irrespective of origin, high quality Xu Duan will have a dark greenish brown surface, with thick, fleshy, soft and easily-broken roots. These indicators are present in the product from both Sichuan and Hubei. 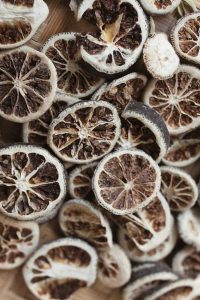 Harvesting times are understandably very important when ensuring the high quality or even variety of a Chinese Herb. In fact Qing Pi (Citri reticulatae viride Pericarpium) and Chen Pi (Citri reticulatae Pericarpium) originate from the same species of fruit, just harvested at different times in their development. As is often the case, the literal English translations give us a deeper insight into our herbs. ‘Qīng Pí’ translates directly to ‘green peel’ and the variety we dispense is correctly harvested when collected in late summer while still green, immature and of between 1-2 cm in diameter. Chén Pí in contrast translates to mean ‘aged peel’ with the variety we dispense collected when the fruit is ripe, dried in the sun and aged for at least three years before being dispensed.

The idea of origin influencing the name of a herb is not only contained to regional China. Xi Yang Shen, a ginseng found to be very similar to Ren Shen, was named according to where it was first harvested. The names Xi Yang Shen, meaning ‘Western Foreign Root,’ and Hua Qi Shen (花旗参 ‘Flower-Flag Root’) both refer to the foreign origin of American Ginseng. The name ‘Western Foreign Root’ is more general, but the term ‘Flower-Flag” is a Chinese nickname given to the Star-Spangled Banner. While the quality of the harvested American variety was lauded as wonderful when it first appeared on the Chinese market in the 17th century, after a century more the newer materia medica were deploring it as ineffective. One book even said ‘Our own country has many things that cool heat and moisten dryness, why prattle about miracles from overseas?!’ This was all due to the poor harvesting practices of the American gatherers. Known as ‘Seng diggers’, they had amassed huge profits from the export of American ginseng to China. They soon became greedy and started harvesting roots out of season and younger than the requisite seven years. The Chinese were not forgiving, and the reputation of American ginseng was ruined for over 100 years. Recently however a number of modern Chinese quality tests comparing Xi Yang Shen and Ren Shen have found that their properties and clinical efficacy are now reasonably similar again.

Ginseng is interesting for another reason. It is found to only grow in two distinct regions, eastern Asia, and eastern North America. So why would Ginseng with a common ancestor be found separated by over 9000 kilometres? The answer lies in something called the ‘eastern Asiatic- eastern North American floristic disjunction,’ an occurrence whereby about 100 overlapping plant species are found to be native to only eastern Asia and eastern North America. It is from this discovery that plant geographers hypothesised that an ancient forest spanned much of the Northern Hemisphere around 70 million years ago and that these two areas may be the only two modern remnants. Therefore Xi Yang Shen and Ren Shen may also be modern remnants of this ancient forest, an example of a long lost ancestor that used to grow throughout the expanse of the Northern Hemisphere.

In some circumstances it is not the physical or regional characteristics which determine the eventual name of a herb, instead history holds the final influence. In the case of Yan Hu Suo (Corydalis Rhizome), this influence comes from the reverence given to the Chinese emperors. Yan Hu Suo was formerly known as Xuan Hu Suo (玄胡索), translating directly to ‘Dark Barbarian Rope’. However in the early Qing Dynasty a man with the given name Xuan Ye (玄烨) became Emperor Kangxi and due to tradition, all use of the characters Xuan or Ye was forbidden. Xuan Hu Suo therefore came to be known as Yan Hu Suo, and this has remained the common name for Corydalis Rhizome until the modern day.

While not possessing a particularly interesting story it is the very distinctive shape of Chong Wei Zi (Leonuri Fructus) that makes it worthy of note. Seeds can often be difficult to correctly identify and therefore adulterants are a frequent problem. In the case of Chong Wei Zi, basil seeds (Ocimum basilicum), and the seeds of certain fruit species of the Apiaceae family are commonly sold as adulterants on traditional Chinese medicine markets due to their closely matching size and colour. Yet identifying correct Chong Wei Zi is quite an easy task. The seeds possess three flat distinct sides running longitudinally, meeting in a point at one end, and beginning from a much smaller triangular flat side at the other. The shape is visible without the use of magnification, making the identification of correct Chong Wei Zi a simple task–if you know the trick.

While herb names can be related to origin, identification, harvesting and numerous other characteristics, legend can also play a part: for example, everyone knows the famous Chinese herb legend regarding the Tang dynasty story of the man He Shou Wu–’black-haired Mr He.’ Steven Foster and Yue Chongxi in the book Herbal Emissaries: Bringing Chinese Herbs to the West, explain that Dang Gui (Radix Angelicae Sinensis) has an equally interesting narrative surrounding its name. According to legend, a young man after being taunted by other villagers leaves his new wife to prove himself a man by living in the mountains. The couple agree that if in three years he failed to return then he could be thought to be astray and she would be allowed to remarry. Three years pass slowly and the wife hears nothing of her husband. Regretfully she remarries and soon after falls very ill. In time her former husband returns, and finding her weak and sick gives her an unknown root he found when living in the mountains. His wife soon returns to good health and the villagers in the town, touched by the story of love and the miraculous healing powers of the herb, name the root ‘Dang Gui’. As ‘dāng’ can be translated to ‘should’ and ‘guī’ to ‘come back’, the literal english translation can be interpreted as ‘should come back’.

Please login or register to use The Herb Grove.